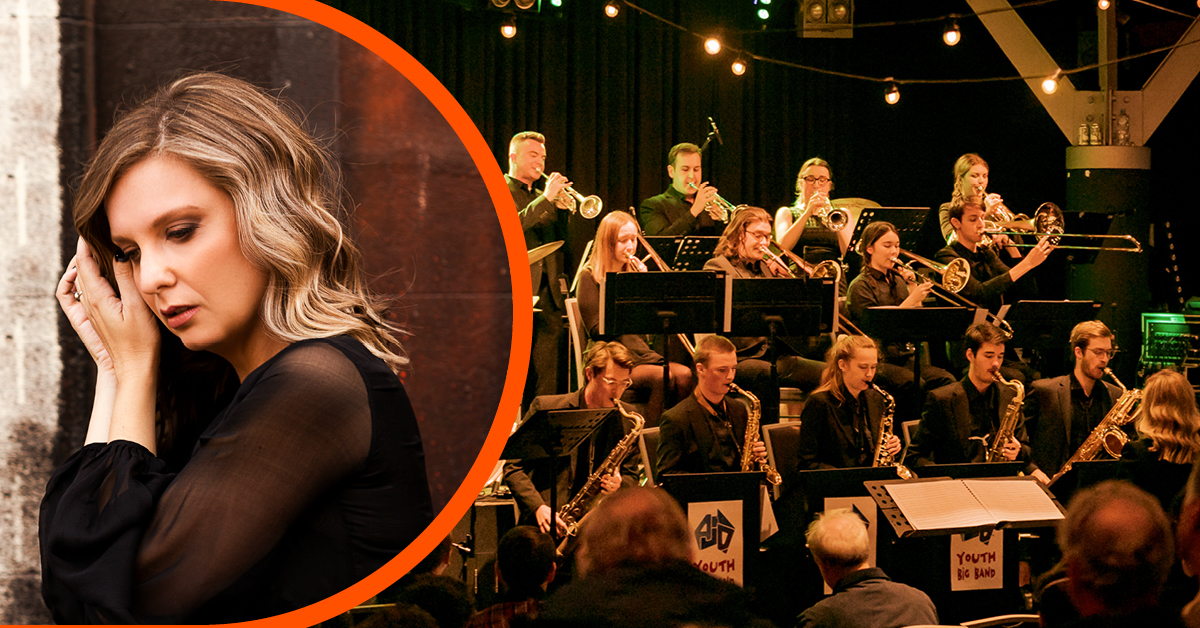 Vanessa Perica is a Melbourne based composer, arranger, conductor who is rapidly gaining an international reputation as a jazz composer of the highest order.

She was a finalist in both the Anonimus Big Band (2018) and ‘Scrivere in Jazz’ International Composition Competitions (2020). She has also appeared at the Sydney, Melbourne and Perth International Jazz Festivals.

With the support of Australia Council, Vanessa recorded her debut album ‘Love is a Temporary Madness’ with an all-star line-up. Released February 2020 to critical acclaim, it reached #1 on the AIR Independent charts, #3 on the ARIA Jazz charts, was nominated in the Australian Music Prize and AIR Awards, and won ‘Best Jazz Album’ at the 2020 Music Victoria Awards.

After witnessing the February 2021 performance of ‘Love is a Temporary Madness’ as a Symphonic Suite, premiered by Vanessa and the Melbourne Symphony Orchestra, her collaboration with the ANJO Youth Big Band is sure to be a festival highlight.