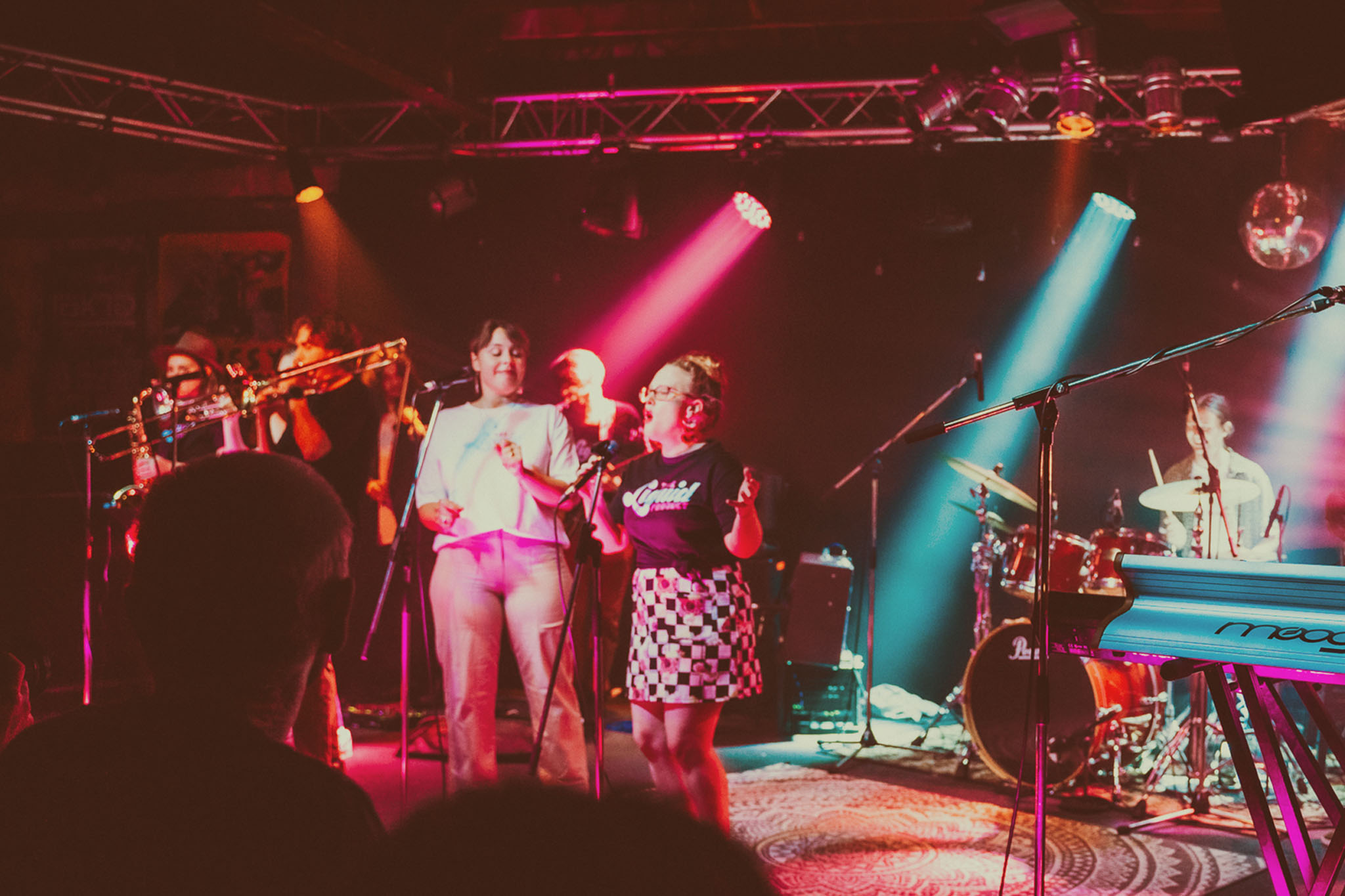 “The Liquid Project… is bold and energetic and will win an audience both interested in dancing and thinking. And if you hear their funk and soul rolling into town in 2021, you’d be wise to check it out…” - Xpress Magazine

The Liquid Project are a young WAAPA-sourced band ready to bring some of the best funk/disco/soul music you’re likely to see in WA.

Releasing their debut self-titled album in December 2020, they have already gained attention from local music champions RTRFM and been invited to play at some of the premier local music festivals such as Fairbridge Festival, Hidden Treasures and Neon Picnic. This dynamic 10-piece band has also featured alongside local legends such as Odette Mercy, Formidable Vegetable, and Soukouss International, and will be keeping you on your feet all night long.

Boasting a full horn section, two singers and percussion, The Liquid Project’s signature ability to mix organically across genres is deeply rooted in their love for both jazz and pop music.

Their band slogan is ‘party vibes with socially conscious awareness’ as they have also used their brief time as a band to champion important causes in the community such as mental health and suicide awareness and have raised over $2k for Black Lives Matter and the Kangaroo Island Wildlife Fund.