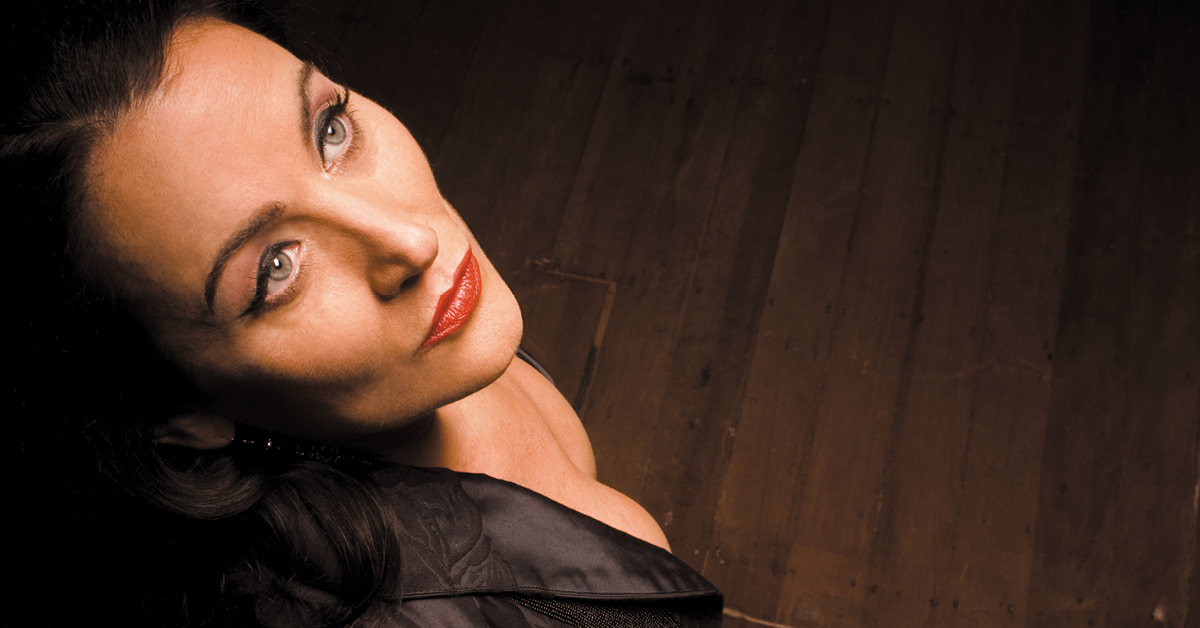 Grace Knight is one of the most enduring talents in Australian music. With ARIA awards and nominations and chart topping recordings in each of the past three decades, her career spans 40 years.

Acclaimed for her live performances, Grace is one of the finest interpreters of popular music in Australia today. Knight’s spellbinding performances touch the soul and lift the heart. Her magical presence connects with audiences of all ages like few others can.

She blew audiences away throughout the eighties as lead singer of internationally successful band Eurogliders. She captivated fans with her “Manic Ballerina” stage persona and Eurogliders took the charts by storm.

As a solo artist she transformed herself from Pop Princess to Queen of Cool and lit up the screen in ABC TV’s award winning mini-series, Come In Spinner. A string of successful solo albums followed. During her jazz career, Grace has done countless live shows including performances for five Australian Prime Ministers, President Clinton of the United States, Princess Diana, and the Thai Royal Family.

Her most recent jazz albums, “Willow” in 2008 and “Keep Cool Fool” in 2012 were released to critical acclaim and both received ARIA nominations.

Never one to slow down and rest on her laurels, Grace released her critically acclaimed autobiography, Pink Suit for a Blue Day in 2010. Written with wit and warmth, she combines hilarious stories from her childhood with frank revelations of the abuse she suffered at the hands of her father. Grace felt obliged to write her story to show solidarity with the countless other victims of childhood abuse.

As well as her grueling schedule of live work and recording Grace made a guest appearance in the long running TV show, Neighbours. She is an Ambassador for Heal For Life Foundation, an organisation that empowers people to heal from childhood trauma and abuse and is a patron to the Choir Of Hard Knocks and in 2010 re-recorded her smash hit, Heaven (Must Be There), with the choir.

In 2013 Grace Knight & Bernie Lynch reformed Eurogliders and have been touring since then. In 2015 they released their 6th studio album titled, “Don’t Eat The Daisies”, which featured stripped back performances of many of their hits in addition to a number of new songs.

2016 sees the release of Grace Knight’s 8th solo album, “Fragile”. This new album is a departure from jazz and features 12 new songs penned by her old partner in crime, Bernie Lynch.

The songs on Fragile are a departure from the jazz Knight is famous for and have touches of blues, soul and folk, and demonstrate her ability to effortlessly move across genres whilst maintaining her signature vocal style. Fragile is already receiving critical acclaim and Knight’s legions of fans love the new songs.