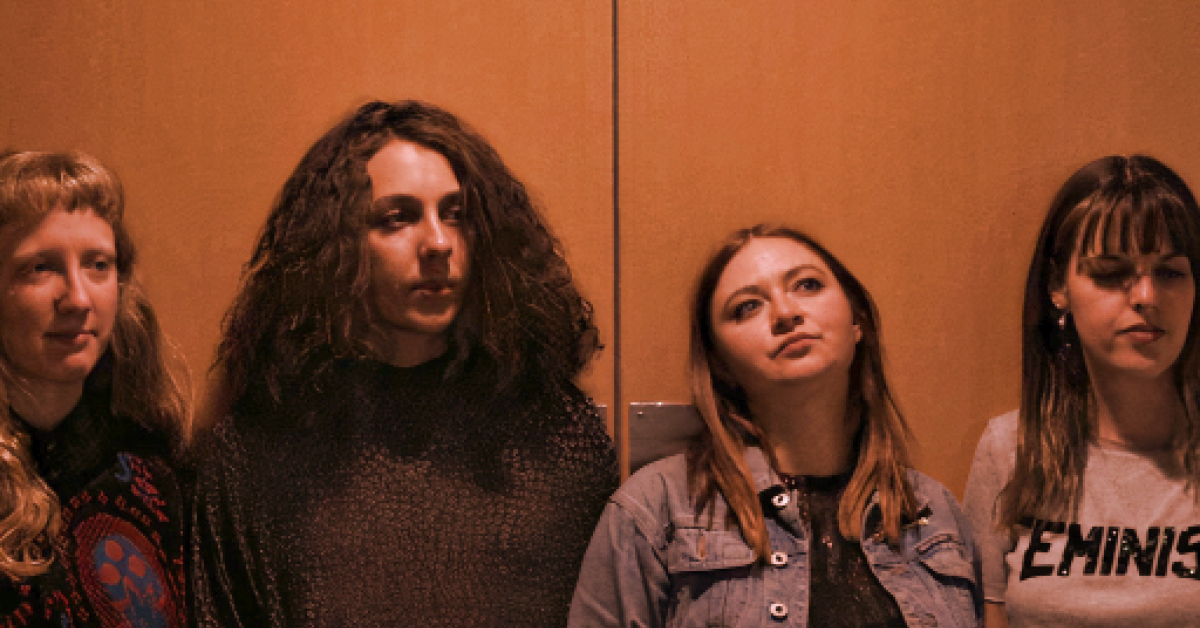 Amidst the velocity of the workshop experience and the formations of their friendship and musical relationship the quartet found a windo of a few hours to record iin the Telus Recording Stiudio at the Banff Centre studio with acclaimed Engineer Todd Whitelock resulting in their debut, self titled album together “Aura.”

“Despite living in neighbouring cities in Australia and being aware of each other through ‘the scene, Banff afforded the opportunity for me to meet these incredible women amongst the Canadian mountains . The energy and support I felt playing together was magical, the musical connection was there from the beginning and I can feel that every time I listen to the album.” – Drummer, Kyrie Anderson

“Though we’ve only ever played together once in the same room. Yet, it feels like we’ve been a band for years. The trust that the four of us feel around one another culminated into an intense two hour recording during which we recorded an album. When I listen back to our music from this session, I can still feel the magnetism of the Canadian mountains — pushing and pulling our sounds into a singular united space.” – Bassist, Helen Svoboda