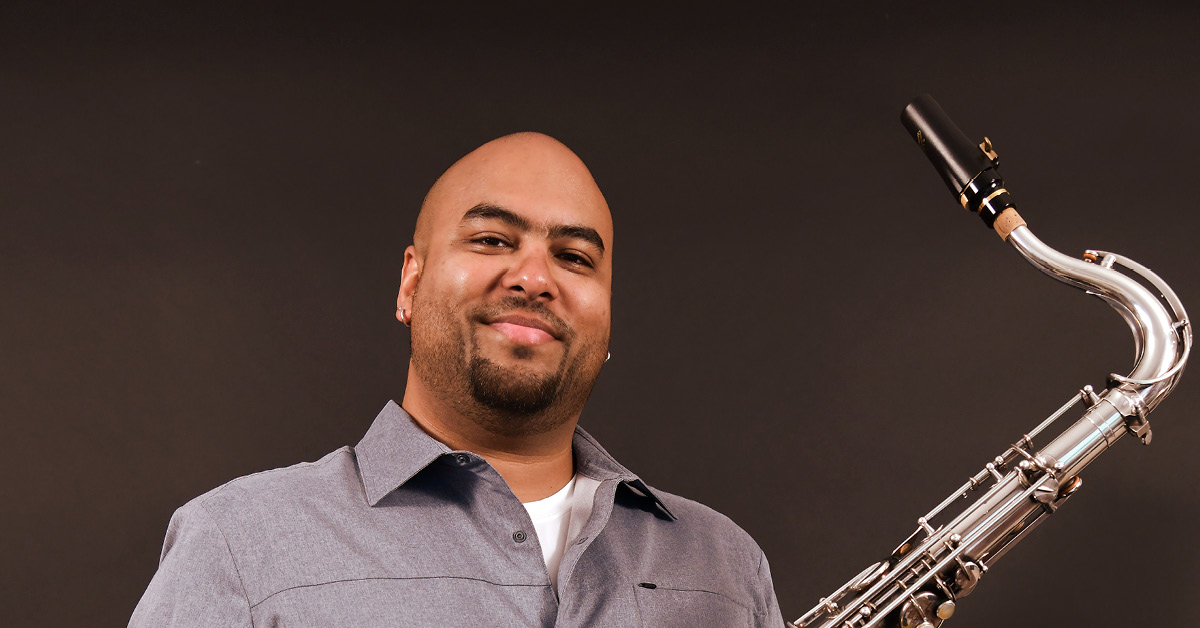 Roberts, though young in age, certainly has an arsenal of abilities under his belt, and has the makings
and foundation of a lasting great saxophonist. Versatile in style, with a strong grasp of yesterday and
today, he is a force to be reckoned with no matter the setting. He is more than one to watch, he is one to
follow closely.

Two-time GRAMMY nominated saxophonist Troy Roberts is becoming one of the most widely recorded saxophonists of his time.
As a go-to first call saxophonist, his name adorns several essential recordings ranging from the legendary Joey DeFrancesco to the iconic Van Morrison to the quintessential Jeff “Tain” Watts, to the tireless Orrin Evans Captain Black Big Band, including numerous newcomers, considered tastemakers of their generation.
Roberts himself has been quite a prolific leader racking up fourteen albums to his discography, including his latest recording, Nations United that features a band of brothers formed in 2009 he calls NU-JIVE. On this – the band’s fourth release – the album’s spirit collectively represents the countries each member hails from – The United States, Australia, Venezuela, India, The U.K., France, Ireland, and Portugal.
More specifically, the album draws from musical cultures of Indian Classical music, West African polyrhythms, 20th Century Classical music, Venezuelan Merengue, Gospel, and Jazz.
This sentiment is stylistically represented in the band’s repertoire, a kaleidoscope of fusion, reggae, R&B, soul and funk, typified by the respect and heritage of the jazz tradition. Each tune cooperatively represents each player’s cultural roots, and the many styles Roberts enjoys. Roberts’ writing consistently solidifies that he is a leading force, adept at playing the many styles the jazz genre has to offer with fire and agility no matter the approach.
Roberts, a Perth born Australian, now long-time New York resident, co-lead his band named VOID before immigrating to the US, and their one and only self-titled album became wildly popular amongst musicians in US Colleges.
Roberts explains, “I wanted to start an off-shoot band to continue my compositional efforts in the US, and I’m very fortunate to have created a musical family with my first-choice musicians, who happen to be my best friends.” Those ‘friends’ happen to be some of the most fierce and versatile artists in the industry including guitarist Tim Jago, pianist/keyboardist Silvano Monasterios, bassist Eric England and drummer David Chiverton.
Nations United speaks to the “universality” of music – a reflection on the fact that each of the members came from all corners of the globe and bonded through the language of music.