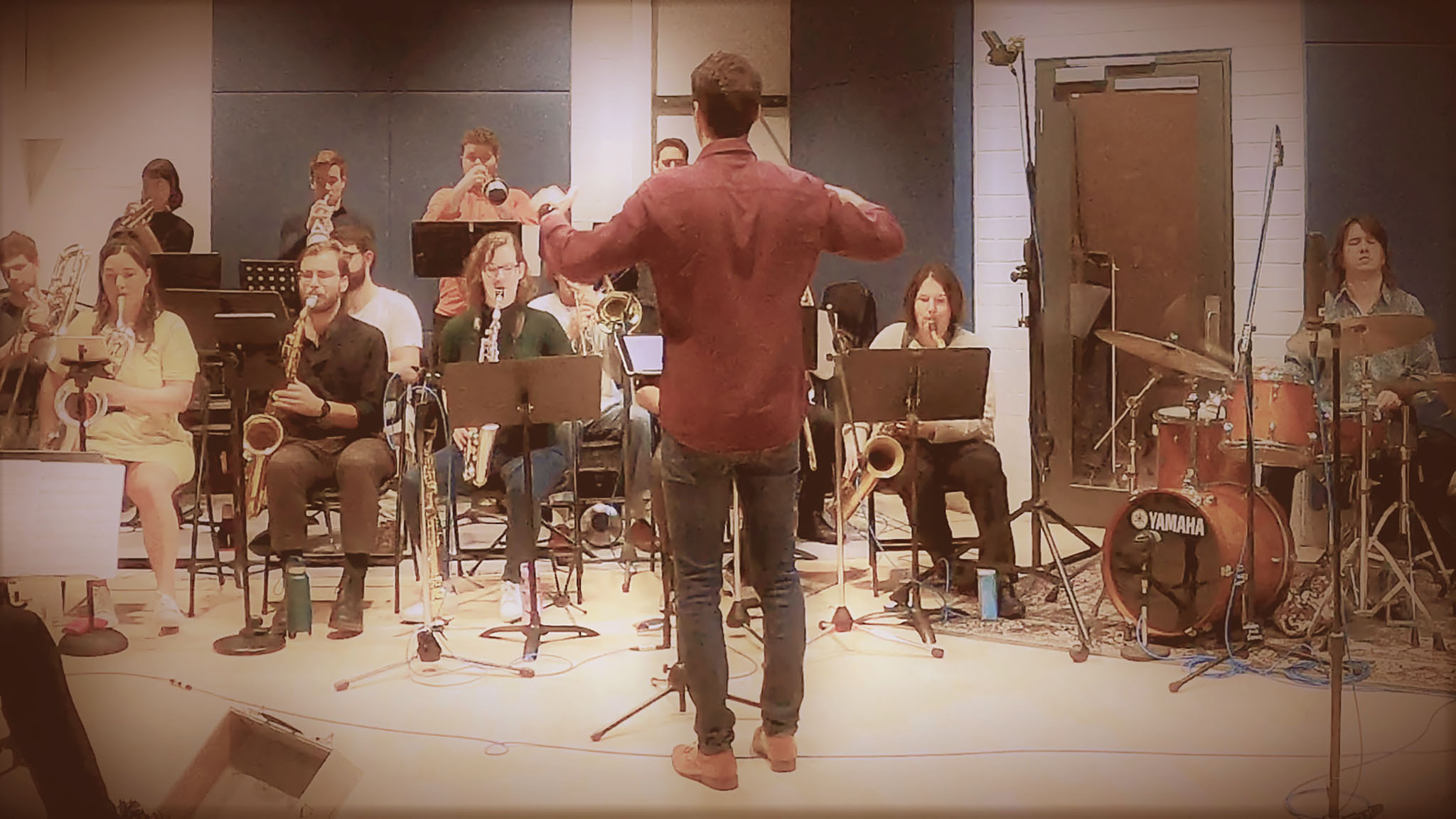 With 10 years of experience performing in big bands on trombone and piano, Tom steps into the role of composer and musical director to explore a new direction in contemporary big band performance. Writing music from the soul, he conjures up thrilling scores that takes you on a journey through jazz, classical, and into the unknown.

Tom – a graduating honours student at WAAPA – used his final year to pursue the art of big band composition by studying with two of Australia’s leading big band composers, Mace Francis, and Vanessa Perica. He’s been involved in Perth’s big band scene both as a performer and leader and is currently the musical director of the Hills Big Band and assistant musical director of the Swingshift Big Band.

Tom’s adventurous compositions recall tales of finding oneself lost in the outback at night, alone in the deep dark of the Swan River, or gazing out from stunning mountain peaks. Each intricate creation is fuelled by jazz and classical styles and streaked with other genres including rock, soul, Latin, film and game music, to create an intoxicating fusion of music that appeals to both newcomers and aficionados alike. To bring his compositions to life, Tom’s jazz orchestra features 18 phenomenal musicians, who are all active and revered in the Perth music scene.