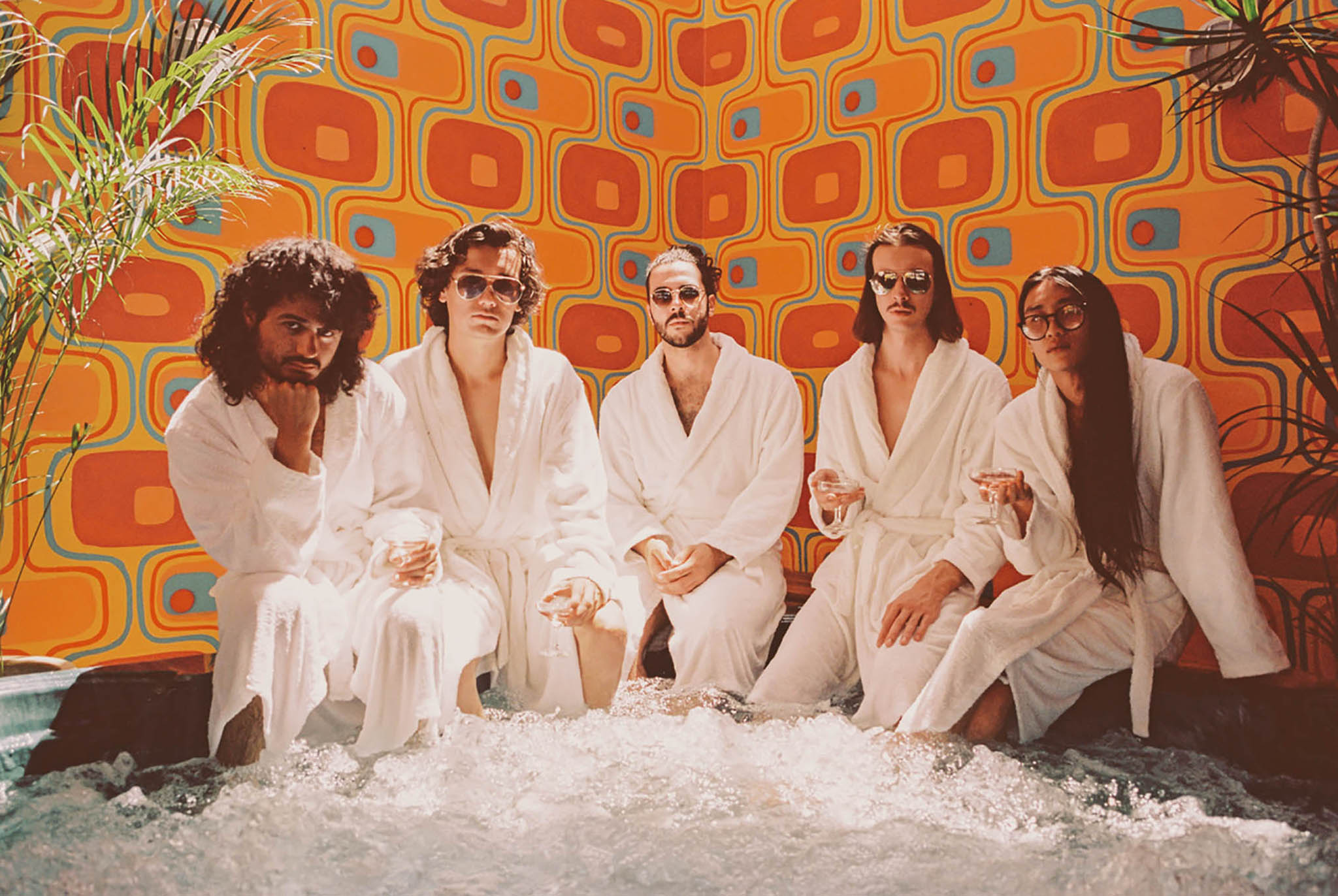 There are quite a few links that join the members of Perth funk-fired-disco outfit, Supathick, together. Christian Zappia (guitar) and Regan Dale (percussion) met at Bunbury High School, while Marley Donan-Cook (bass) and Josh Chan (keys) became friends when they were both attending John Curtin Senior High School in Fremantle. Along with drummer Josh Wright these young musicians would soon go on to grace the stages of Perth in acclaimed bands Demon Days, Almond Soy and Wooly Mammoth.

Combining their previous experiences in the realms of jazz, hip hop and electronica the band that would soon be known as Supathick had their first jam session in 2018. They immediately hit a solid funk/disco stride, working on a song Zappia had brought along, which eventually became their first single release, I’m There, in early 2020. Supathick’s debut EP, Dinner And A Film, was released in August 2020 featuring the vocal talents of Saskia Brittain (Dulcie), Kaitlin Keegan, Leah McFetridge, Hyclass and Your Girl Pho.

The release caught the attention of Pilerats who described Dinner And A Film as “four tracks that sit well within the Supathick universe despite being fleeting in sound and textures; the group using the EP to show that even if they move between different sounds and flavours, there’s a common core that keeps everything in check and distinctly them – that being this romantic, soulfully rich funk sound”.