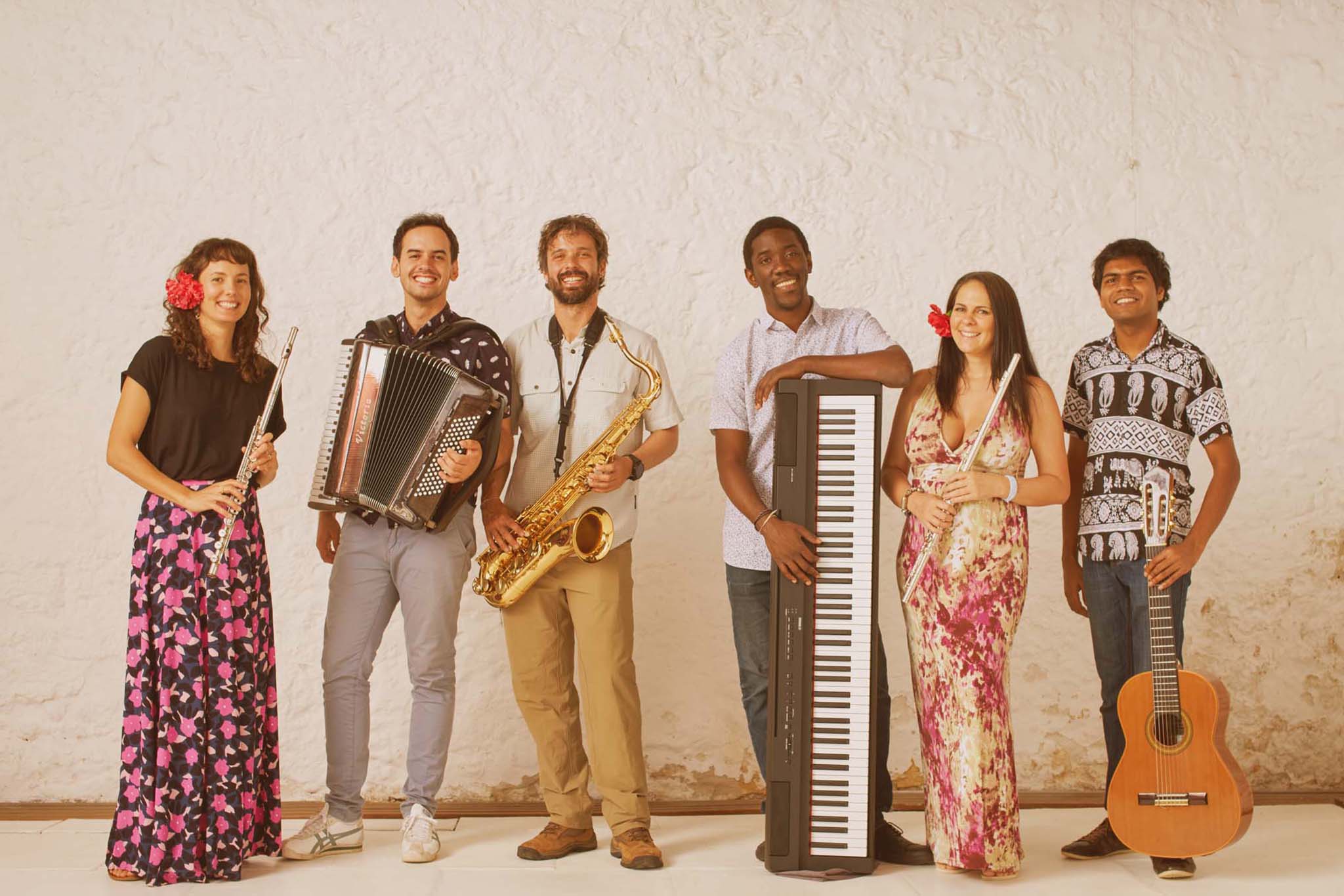 Take a trip to Brazil and back! Choro combines lively samba rhythms and sensitive melodies with dazzling virtuosity.

Best described as the ‘New Orleans jazz of Brazil’, Choro is the heart of all Brazilian music, fusing European melodies with rhythms of African origin. It was born in the late 18th century in the big ballrooms of Portuguese colonised Brazil, when European music (especially the polka) was the popular music of the time; but it was on the streets of Brazil that Choro was born.

They’ll share the roots of Brazilian music, taking you on a trip to Brazil and back with a mixture of traditional songs passionately performed by a synergistic ensemble of ‘Chorões’.