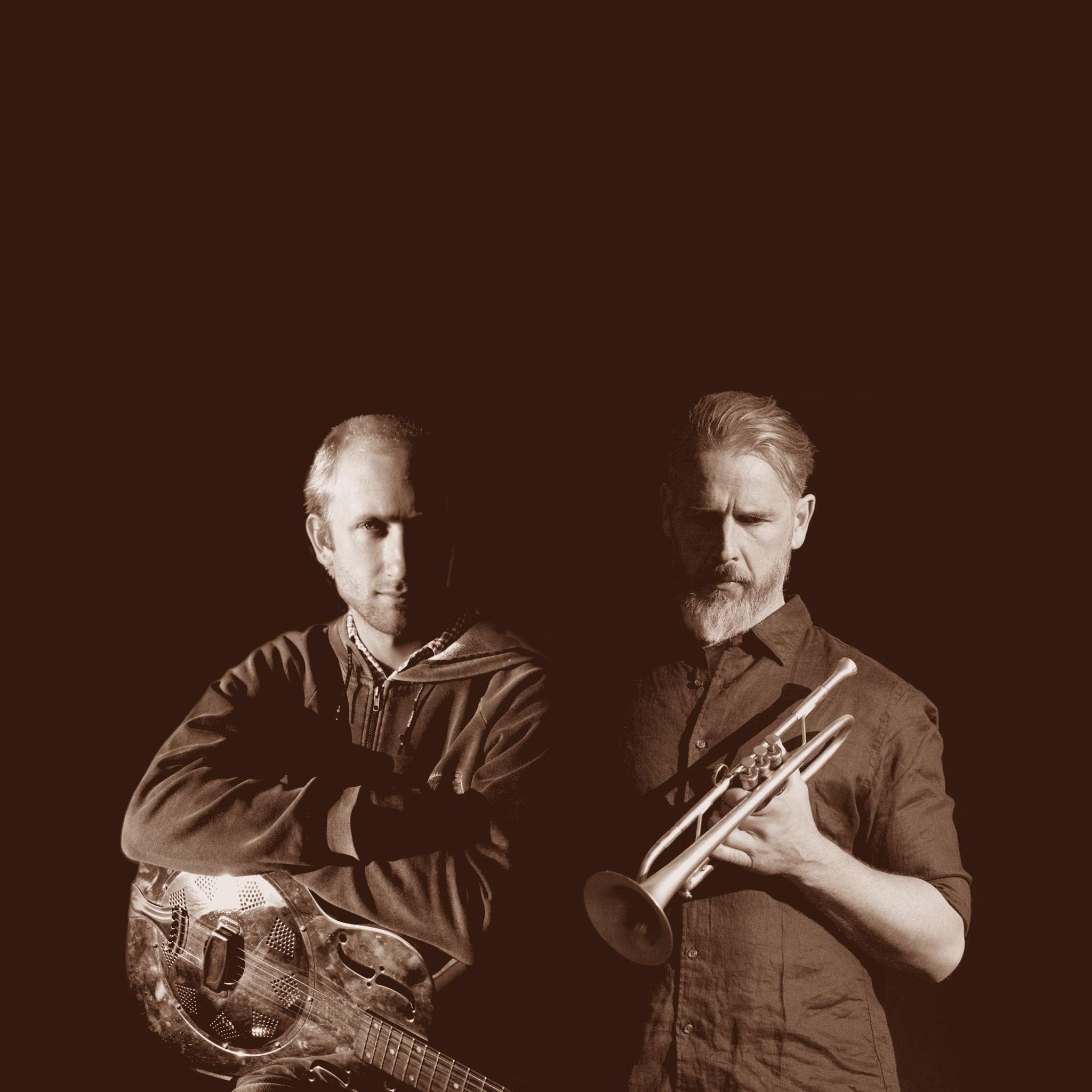 Tinkler & Schwing spent the last three years on Bruny Island, Tasmania developing structures and strategies for improvisation on trumpet and guitar. What started as a mentorship has developed into a rich and deep collaboration. The focus of their practice has been improvisations informed by and in response to each other and specific acoustic environments such as lighthouses, boats, stairwells, and sheds. Their approach is to let the space or ‘ground’ they’re on become a part of the music without them imposing a specific interpretation of that space. The space osmotically makes its way into the music as the duo plays, responds, and exists within it.

Tinkler, one of the world’s leading improvising musicians, now resides on this remote Tasmanian Island where he continues to develop his unique approach to the trumpet as well as to explore and develop the intricacies of improvisation. His extensive body of work spans 30+ years of output as a musician and composer with 30+ recordings released as leader and band member, including ARIA-award-winning albums such as The Future in Today and Mark Simmond’s FIRE. Scott has received prestigious awards such as the Australia Council Fellowship and the Melbourne Music Prize, and has performed throughout the world in countries such as China, Egypt, America, Vietnam, France, India, Germany, Mexico, Korea, Japan, Norway and Tanzania.

Schwing is an extraordinary young guitar player who has lived on Bruny Island, Tasmania all his life. From this remote location he’s developed a highly individual practice that has taken him around the world and to prestigious residency programs such as Banff in Canada and the finals of the 2020 Freedman fellowship