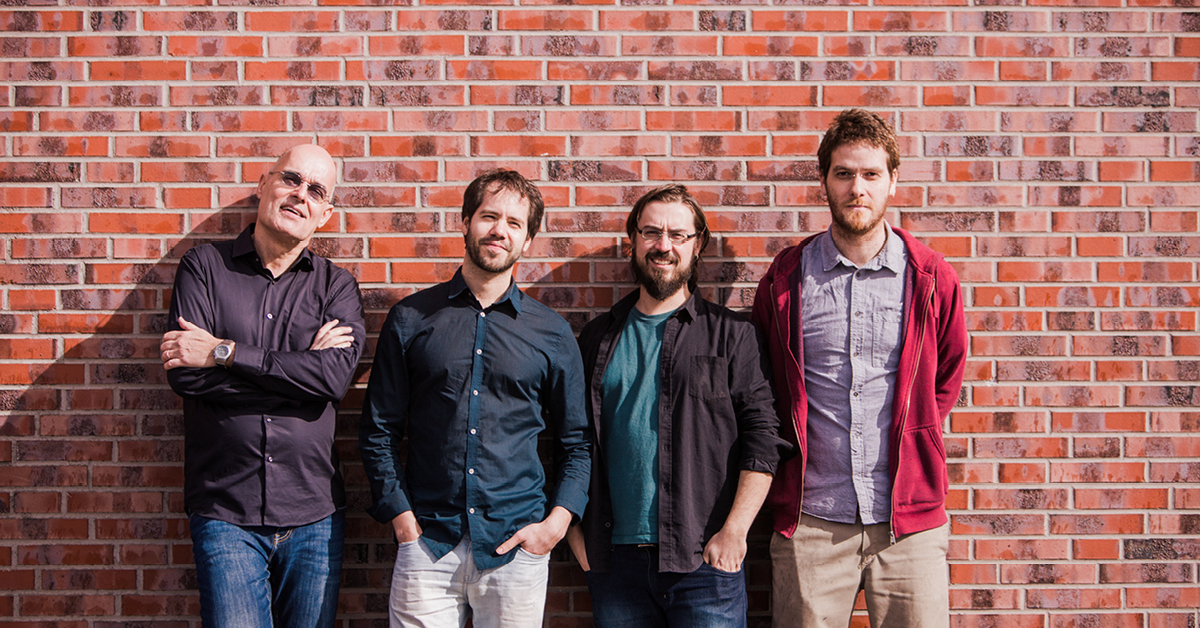 “Meretrio is a cohesive unit that favours a tight, groove-oriented sound, but one that allows for immense freedom within that space.”
Brian Zimmerman, Downbeat Magazin – About the Album “Óbvio” (2017)

“Meretrio is one of those groups that is not satisfied with the common place, always seeking out novelties, language and identity…”
Ulisses Rocha, guitar professor at University of Florida (USA), about Meretrio album (2007)

Meretrio continuously searches for new musical paths, having already released eight distinct albums that explore the musical connection between these three Brazilian musicians. Add in Heinrich von Kalnein from Germany and you are treated to something even more special.

In 2016, Meretrio released “Óbvio”, receiving a four-star review from Downbeat Magazine. In 2019 the trio released two albums: “Passagem” (featuring Heinrich von Kalnein on saxophone and flute), and the double album “Music for Small and Large Ensembles”.
Meretrio mixes the Brazilian music world, European classical music and American jazz. The band leader and composer Emiliano Sampaio virtuously switches between trombone and guitar, sometimes back and forth within the songs, experimenting with loops and digital effects, superimposing sounds and creating unexpected colours.
Meretrio’s latest albums received rave reviews, named “Best Albums of the Year 2017” by Downbeat Magazine. Recently in 2021, Meretrio released a new album entirely dedicated to Brazilian music and focused on the genre “Choro”, a style that originated in Brazil in the 19th century and can be considered the first urban music in Brazil.