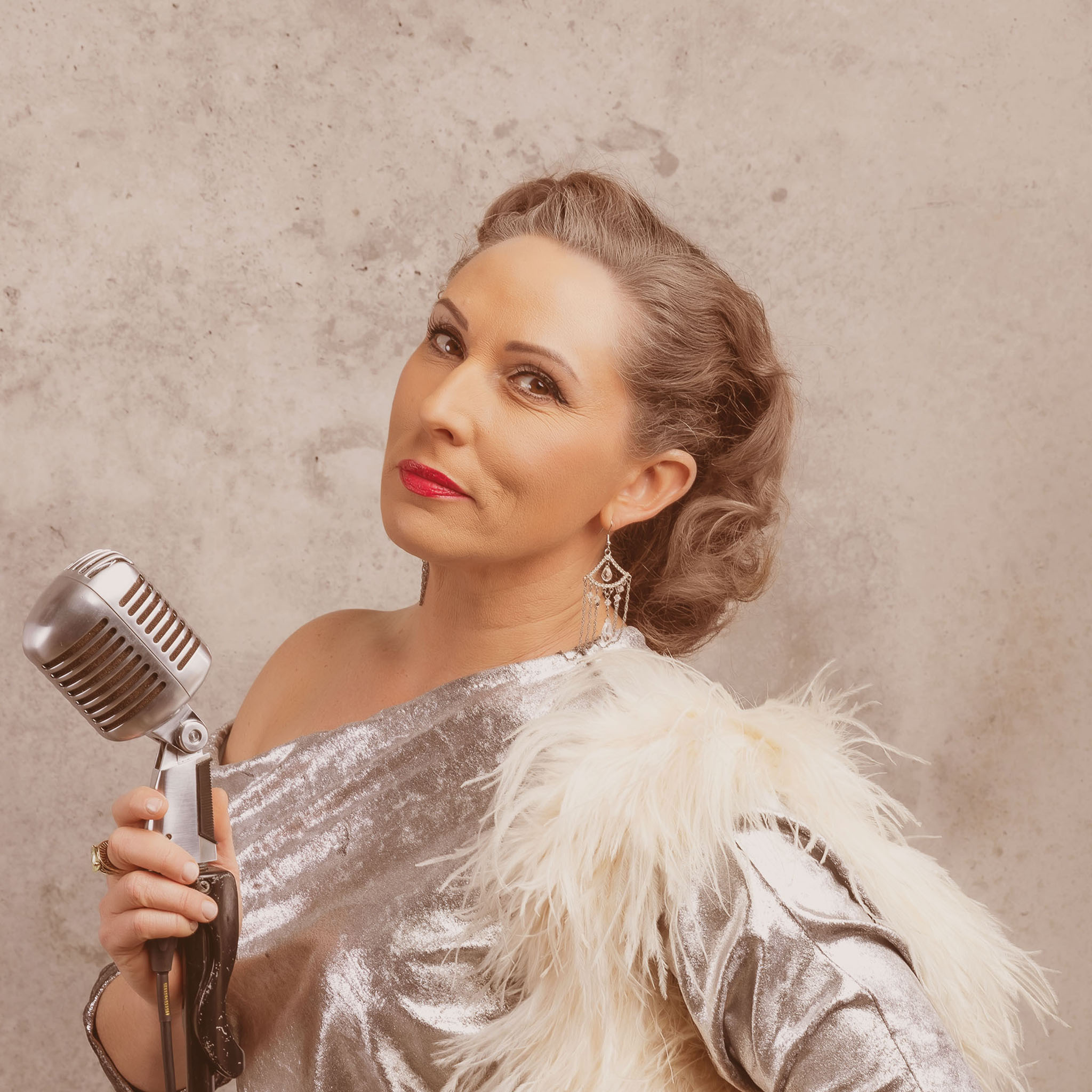 PIJF ‘On Tour’ in Busselton

The Libby Hammer Quartet had its beginnings in a student quartet called Hip Mo’ Toast, which in its early years won six Western Australian Music Industry Association awards for Most Popular Original Jazz Act. Over the years this band matured and grew into an outstanding collective of Perth’s best jazz musicians, performing in ensembles ranging from a trio to a big band, all led by vocalist Libby Hammer.

The quartet highlights Libby’s strengths as a story-teller and comedienne, as she plumbs the whimsical and poignant depths of well-known and obscure tunes alike. The quartet members are no less showmen than Libby herself, and their equal footing in the limelight provides the music with a spirited generosity and ‘joie de vivre’ that leads the journey in the very moment of creation.

In 2001 this group won a Perth Jazz Society Award “in recognition of artistic excellence in performance and outstanding contribution by a group in the area of innovation and jazz advocacy”. Performance highlights include Fremantle International Jazz Festival (2001, 2002), the Queen’s BBQ (attended by Queen Elizabeth II) (2011) and Denmark Festival Of Voice (2016), Jazz By The Bay (2014, 2015), Perth International Jazz Festival Launch Event (2015) and the King Street Corner Pocket Festival (2019).