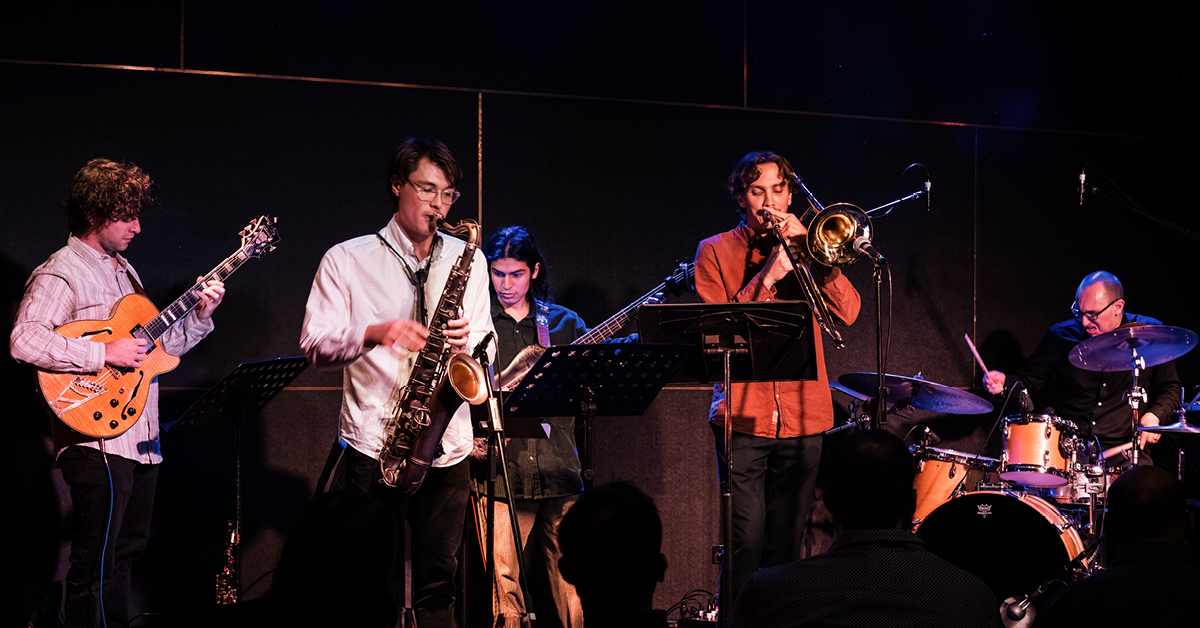 Formed by multi award-winning drummer/composer Daniel Susnjar, Dorado brings together Australia’s finest young talent to perform traditional songs from their individual family heritages (Italian, Croatian, El Salvadorian, Chinese and United Kingdom), along with fresh arrangements of Peruvian classics and hot-off-the-press originals.
Dorado focuses on groove, creativity and fun – and features Daniel Susnjar on drums alongside up-and-coming monster improvisors Jayden Blockley (saxophone), Will Pethick (trombone), Mike Ellis (guitar) and Tommi Flamenco (bass).
This is a show that is not to be missed.
An adjunct professor at the Western Australian Academy of Performing Arts, Dr Daniel Susnjar is a Western Australian drummer/composer/producer/educator is known internationally for his expertise in the field of Afro-Peruvian Jazz.
Whilst based in the USA from 2008-2013, Daniel earned his Masters and Doctoral degrees from the University of Miami – and performed and recorded with music legends including Chick Corea, Bobby McFerrin, Steve Miller, Terence Blanchard and Dave Grusin.
He has toured throughout the USA, Peru, Australia, Asia and the Caribbean Islands. As director of the Daniel Susnjar Afro-Peruvian Jazz Group, he has released four critically-acclaimed albums and has won multiple awards for his tireless experimentation in combining Afro-Peruvian and Jazz sensibilities.