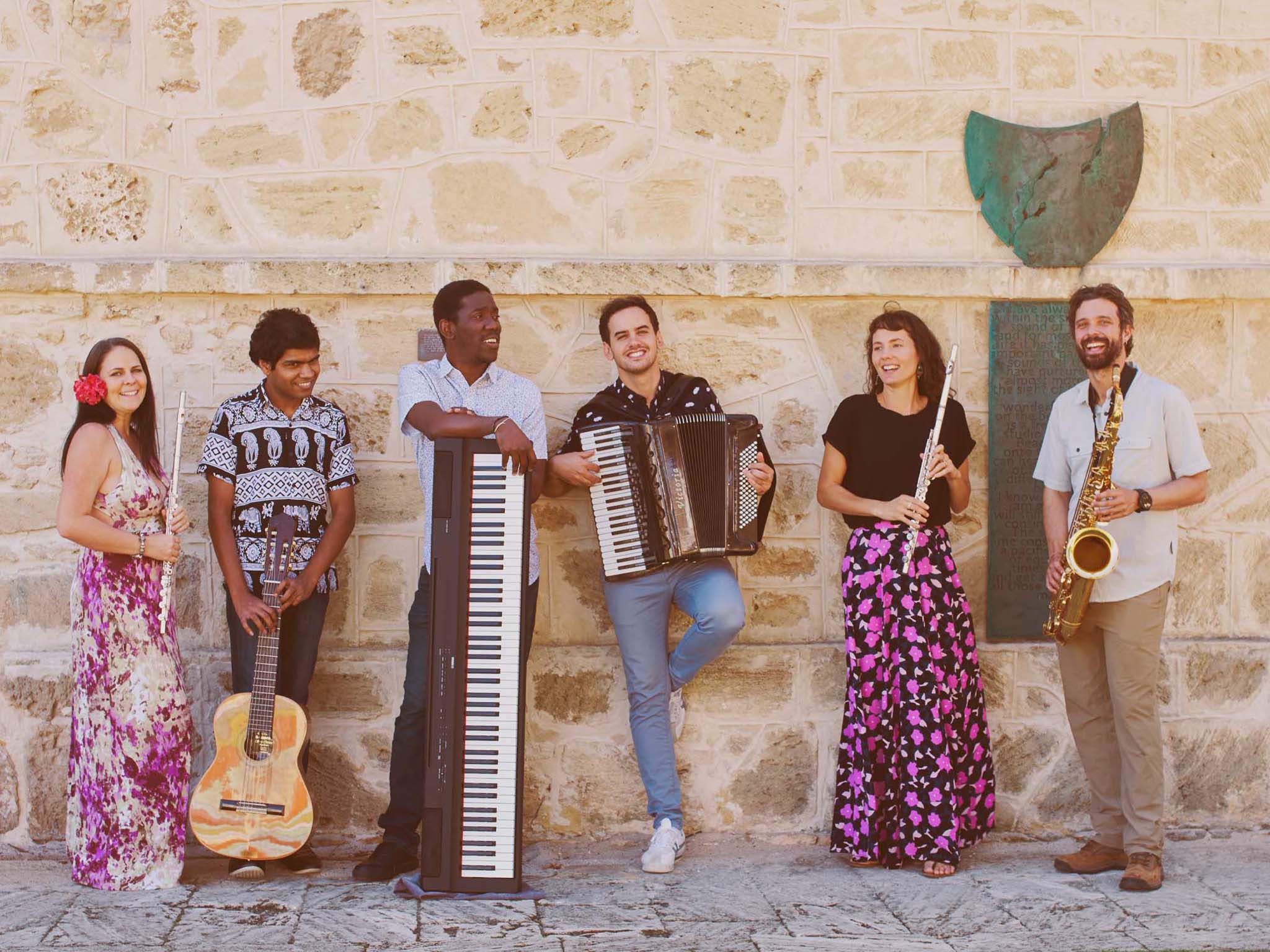 Jazz Picnic in the Park

‘Choro’ is the heart of all Brazilian music, fusing European melodies with rhythms of African origin. It was born in the late 18th century in the big Ballrooms of Portuguese colonised Brazil, when European music (especially the polka) was the popular music of the time. However, it was on the streets of Brazil that Choro was born. Brazilian musicians, that performed at the formal functions and dance evenings would get together in the streets and communities and jam with the European melodies, eventually introducing the African rhythms into a new style, that has gone on to influence every genre of Brazilian music to this very day.

‘Perth Choro’ started in 2015, with Danilo da Paz and Annalisa Powell getting together to study the style. After Annalisa moved to Brazil, Danilo kept the Choro scene alive by performing music in restaurants with group and solo performances.